Introduction: Jackson and his mother argue about how dangerous vaping is after she finds a vape in his room. They both think the other doesn’t know what they’re talking about. Suddenly their kitchen is transformed into the set for a game show where they’ll be tested on their vaping knowledge, or lack thereof. After each of the four scenes is acted out, Jackson and his mother are given true or false questions to answer.

Scene One: Brianna is trying out a “timeline projection: feature on a virtual reality headset. In one future she is a healthy, happy gym teacher. In another, she has lost her job and is very ill. Through the virtual helper feature she learns that what seemed like a small decision (experimenting with vaping) led to big consequences.

Scene Two: Brain, with the help of some other organs and chemicals, acts out the story of how nicotine impacted his development as well as the health of the seventeen year old body he controlled. He also talks about how hard it was to quit smoking and vaping and what happened after he did.

Scene Three: John has been hired as the spokesperson for a company claiming to help people quit smoking by offering a healthier alternative. As he records his advertisements, though, he realizes that not only is the marketing targeting young people who aren’t smoking, but the product is very dangerous as well.

Scene Four: Courtney and Aaron are doing research for a paper on vaping but are confused by all of the conflicting information they find. They start comparing what companies who are selling e-cigarettes and supplies are saying to what scientists and medical personnel are saying and realize they need to be careful who they trust.

Conclusion: Jackson and his mother are tested during a final lightning round. They’ve learned that while we don’t know everything about vaping, we do know that it’s dangerous. It might be healthier in the short term than smoking, but it’s definitely healthier and wiser not to vape at all. 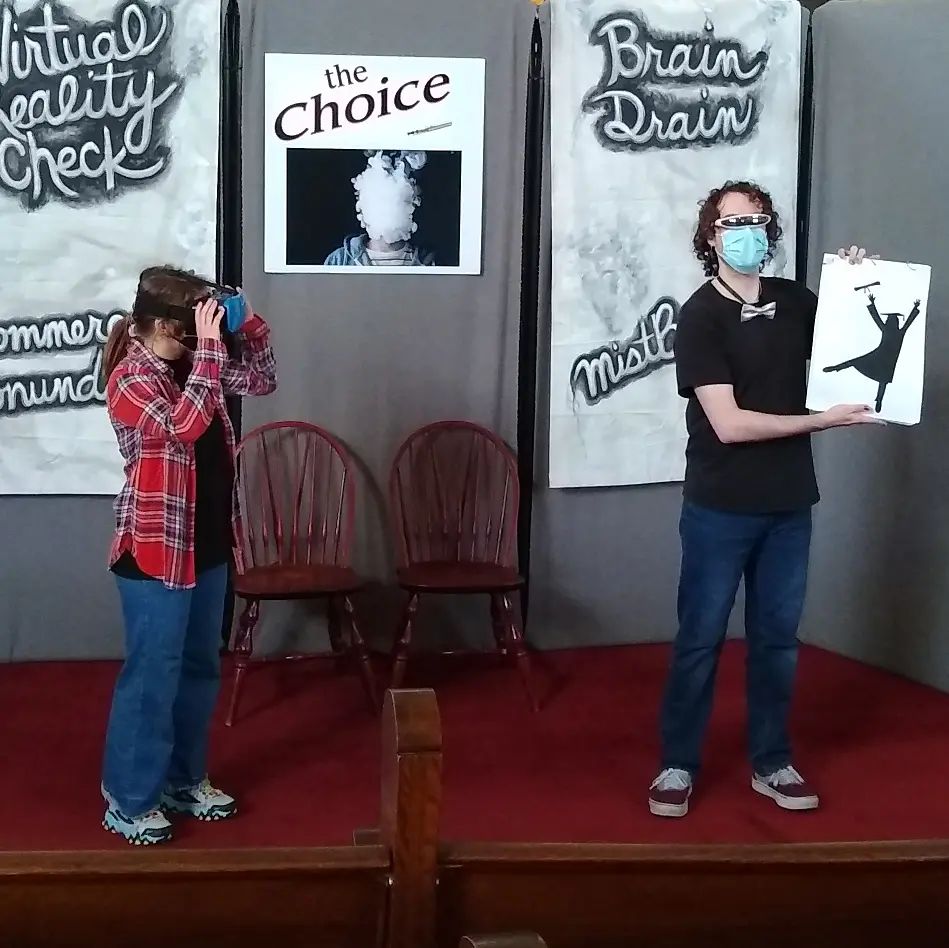